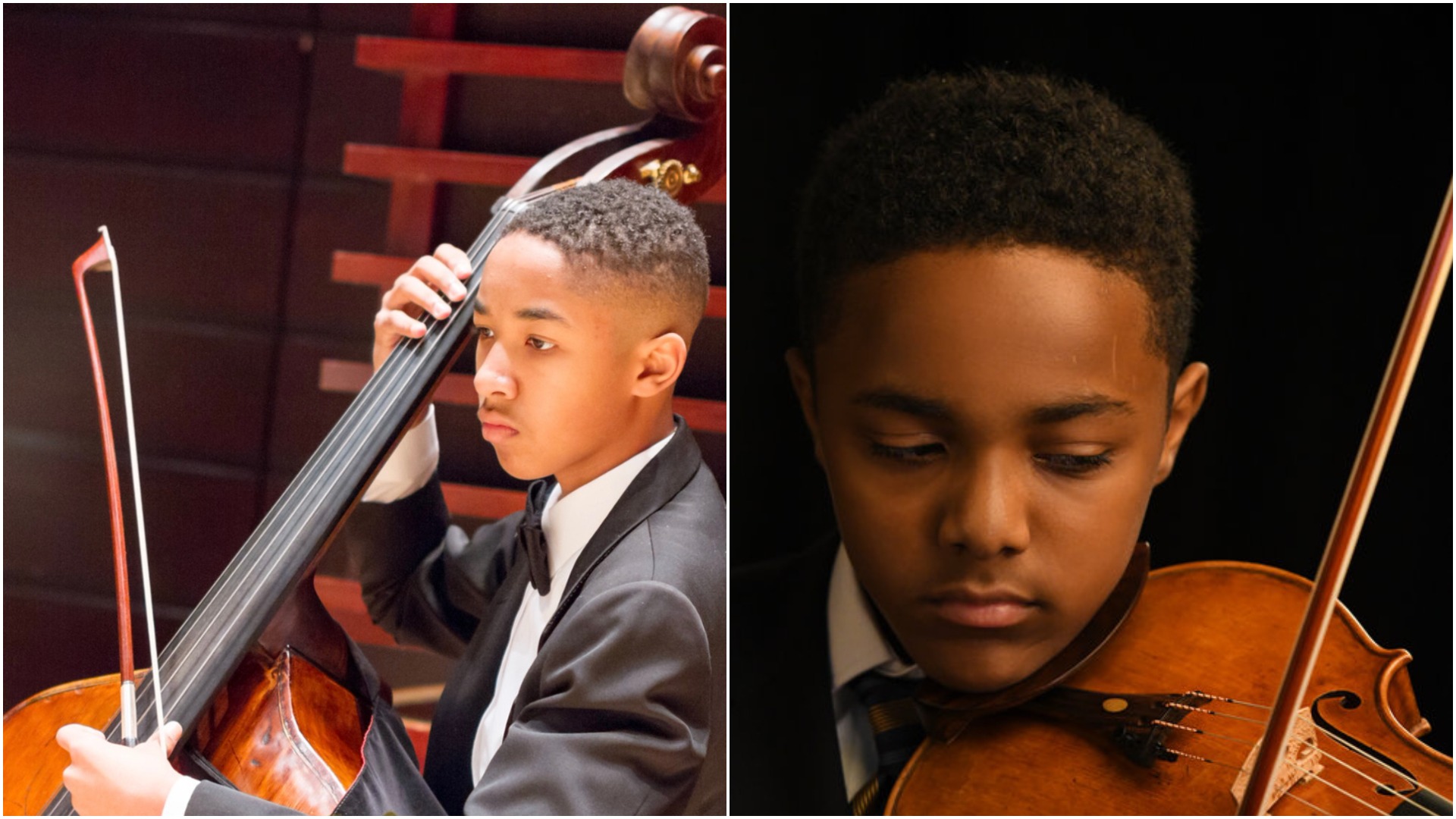 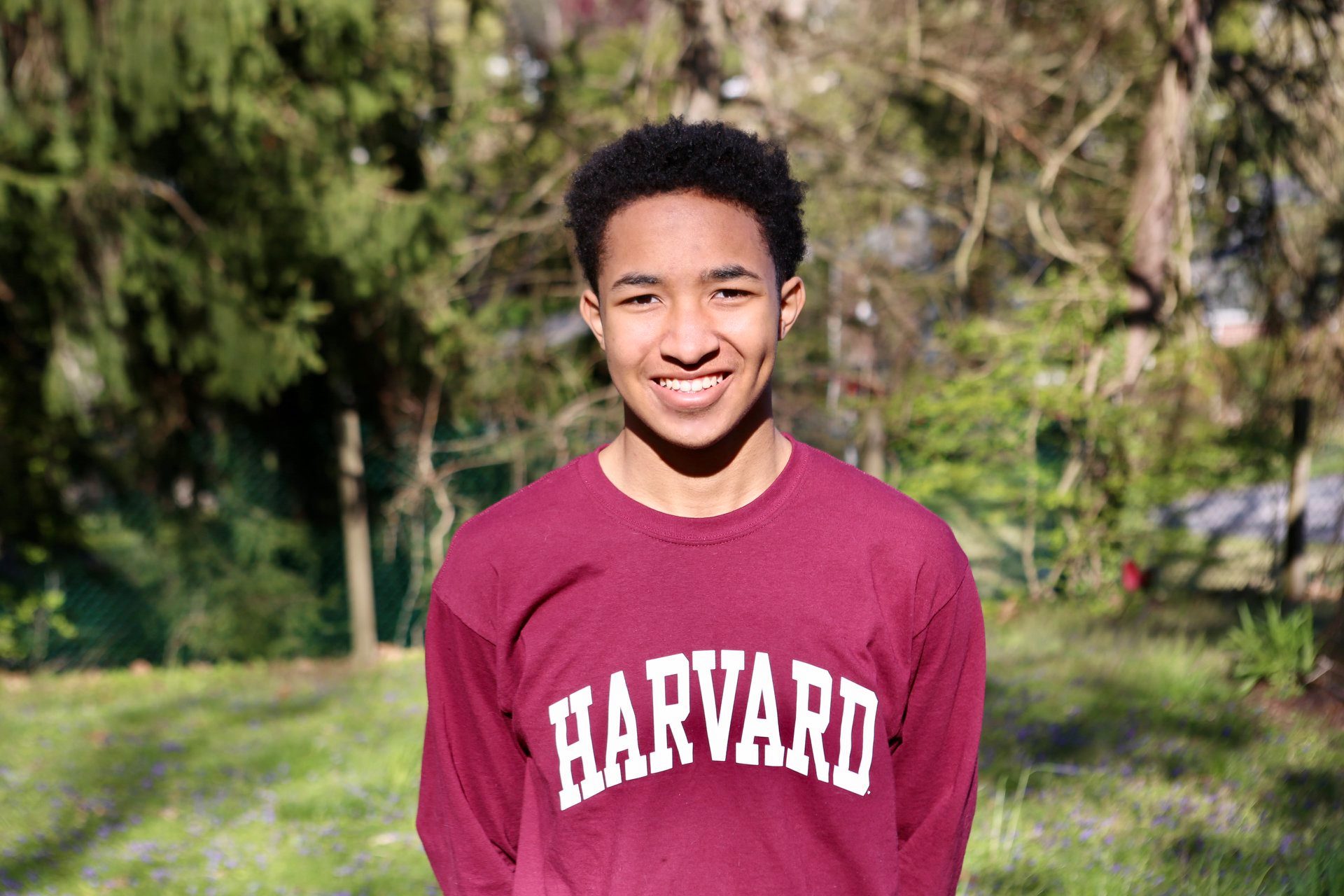 I am a first-year economics major at Harvard College and co-founder of EllisVillage, a community arts engagement venture. During the summer of 2020, I partnered with Science Explorers‘ Sparks Foundation and Harvard SPARK, supporting the organization’s fundraising initiatives. I’ve taught elementary-aged kids for Science Explorers and in West Philadelphia as a Play Captain. I’ve interned with local game developers and created event programming for the Penn Museum as a Teen Ambassador.

I am a 2020 Jack Kent Cooke Young Artist Award winner and performed on NPR From the Top national radio show. A current bassist in the Harvard-Radcliffe Orchestra, I attended Juilliard Pre-College in New York, studying with Tim Cobb and Albert Laszlo, and also served as co-principal bass in the University of Pennsylvania’s college orchestras and the Youth Chamber Orchestra at Temple University’s Center for Gifted Young Musicians. In May 2019, Temple’s Youth Chamber Orchestra performed “Coliphant,” written for me—the first commission in the organization’s 50-year history. I also played upright and electric bass in the Kimmel Center’s Creative Music Program for Jazz. I am a two-time attendee of Carnegie Hall’s National Youth Orchestra-2 (NYO2) program, and I have attended summer programs at Interlochen, BUTI, Brevard, Luzerne Music Center, and Curtis Summerfest.

I am a 2020 NAACP ACT-SO national qualifier in Contemporary Music. I am also a 2019 Philadelphia NAACP ACT-SO Gold level classical winner and 2018 recipient of the Bruce Montgomery Foundation’s Springboard Award. I’m a three-time recipient of the Marian Anderson Grant and performed with my quintet and with the house band at their gala honoring Dionne Warwick.

I participated in WHYY’s Documentary Production program and have been featured in ads for Adventure Aquarium, Smith Memorial Playground, and the Please Touch Museum. 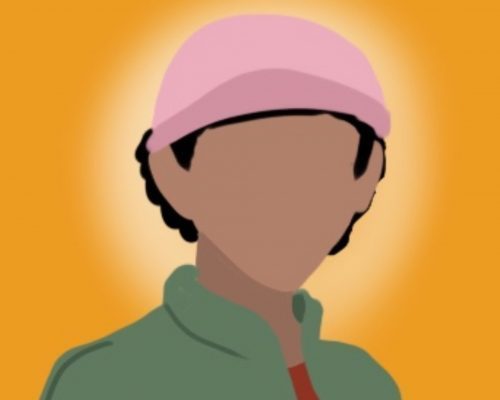 My pseudonym on Spotify

Recent EPs. Music composed in Logic Pro. I play keyboards, bass, guitar, and even trombone on one track. Enjoy! 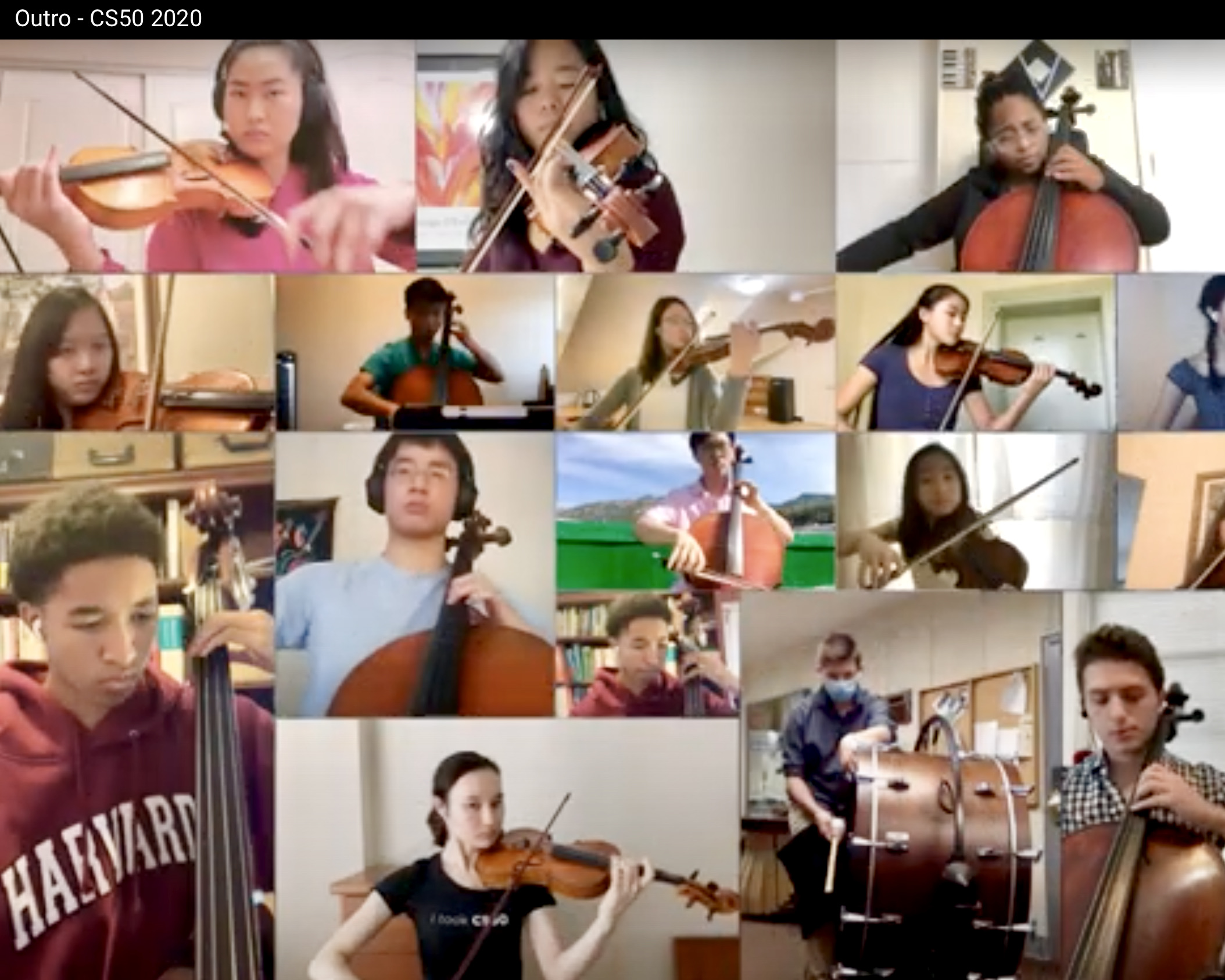 The pandemic meant limited orchestral playing, but I was able to work on the collaboration between the Harvard Radcliffe Orchestra and the folks who make CS50, Harvard’s top online course. This appears at the end of each lecture on YouTube. 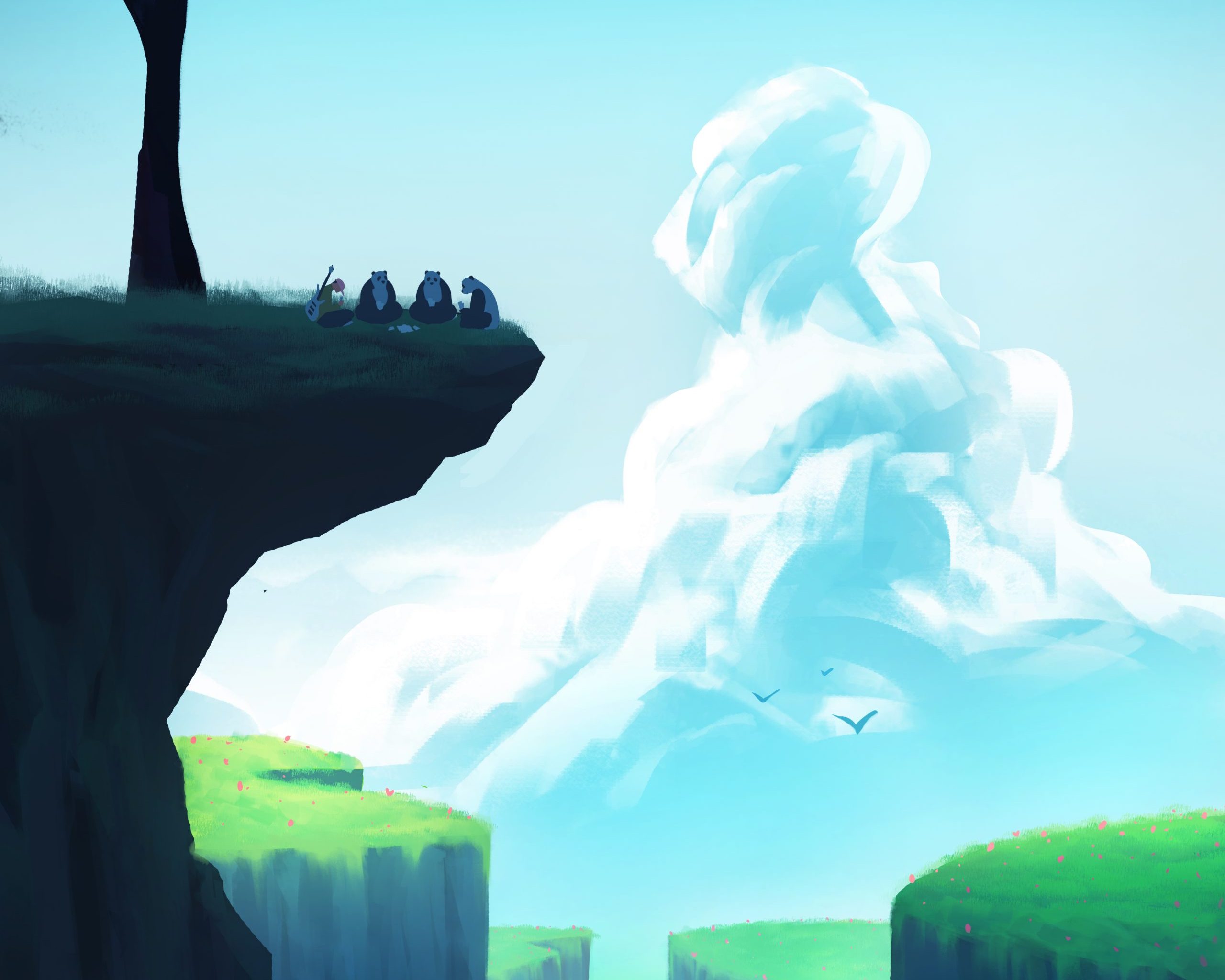 In November 2020, NPR premiered my original composition ‘Tuna’. It appeared on my EP Water Carnival and is performed here by the incomparable Peter Dugan on piano, Charles Yang on violin, my brother Peirce on viola, and me on bass. It also aired locally on WRTI, Philly’s jazz and classical radio station. Scroll down to check out my Brady Williams Spotify account. 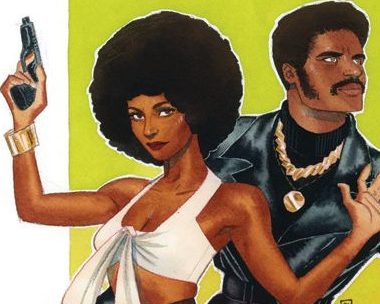 Wrote this for the Philly NAACP ACT-SO and advanced to Nationals in 2020. Inspired by movies of the 70s. Playing live bass and keyboards. Produced in Logic Pro X. 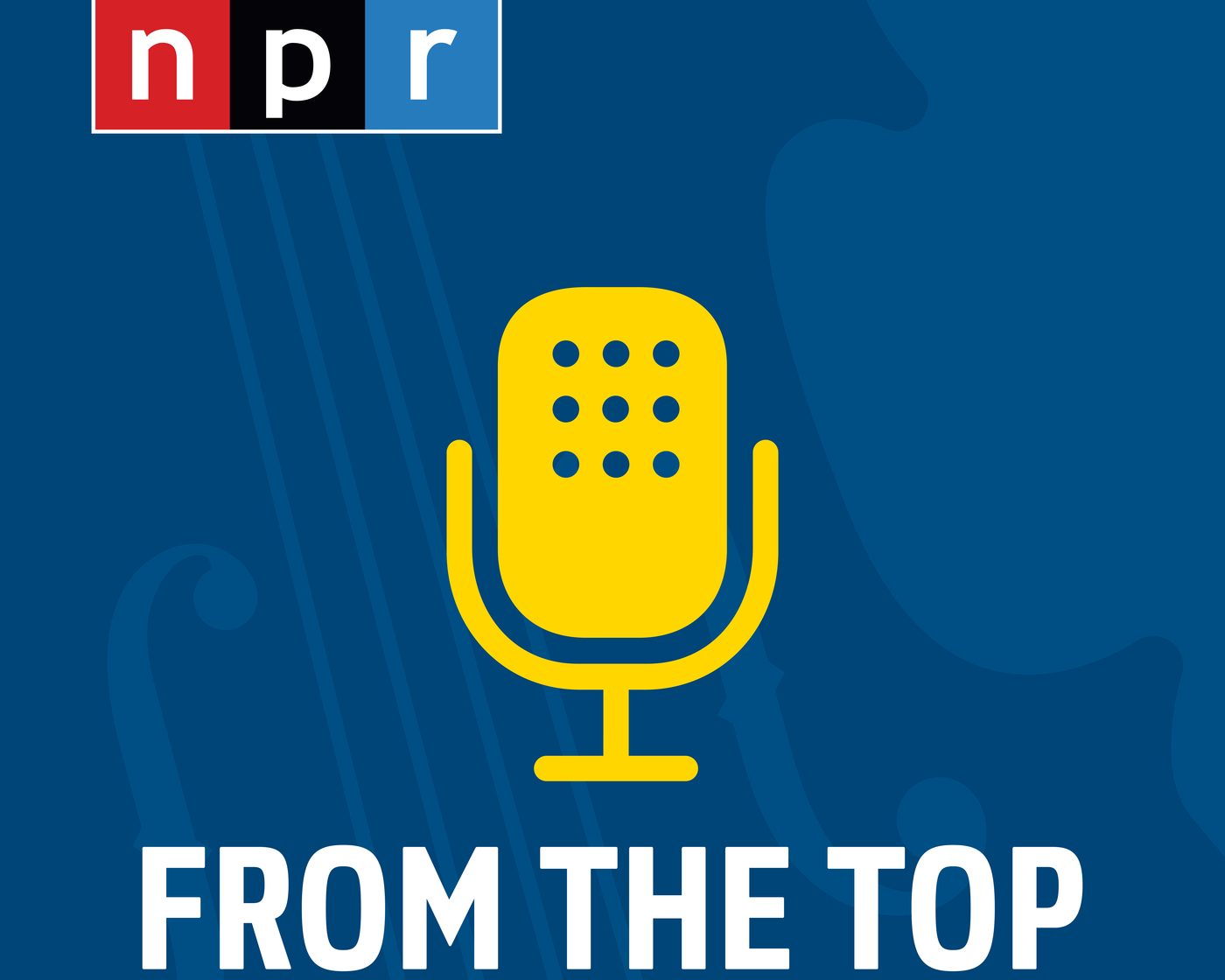 I was honored to be selected to receive the Jack Kent Cooke Young Artist Award in the spring of 2020 and performed on From the Tops Blanket Fort Show. Their first show after the pandemic started. We performed from our own homes. This video shows my setup. Here’s the link to my page:

Braden Ellis | From the Top 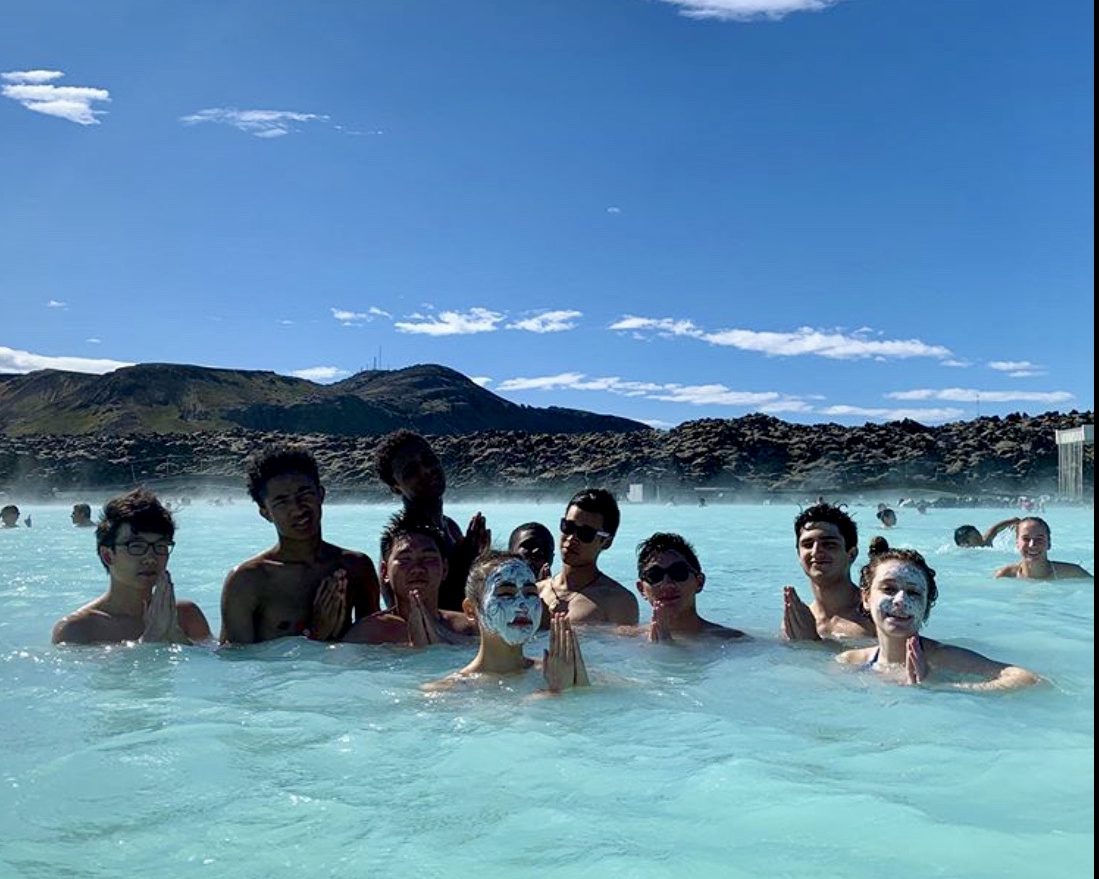 Traveled to Iceland with my Temple Music Prep orchestra during the summer of 2019. Performed, toured, made lasting friendships.. 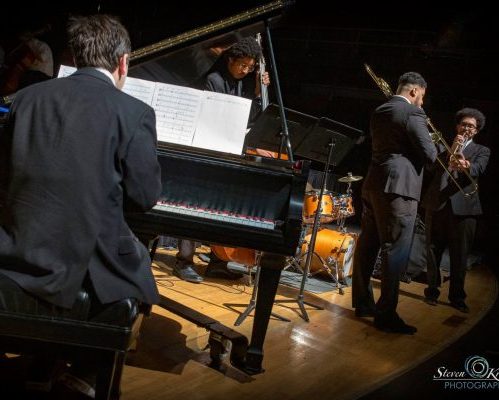 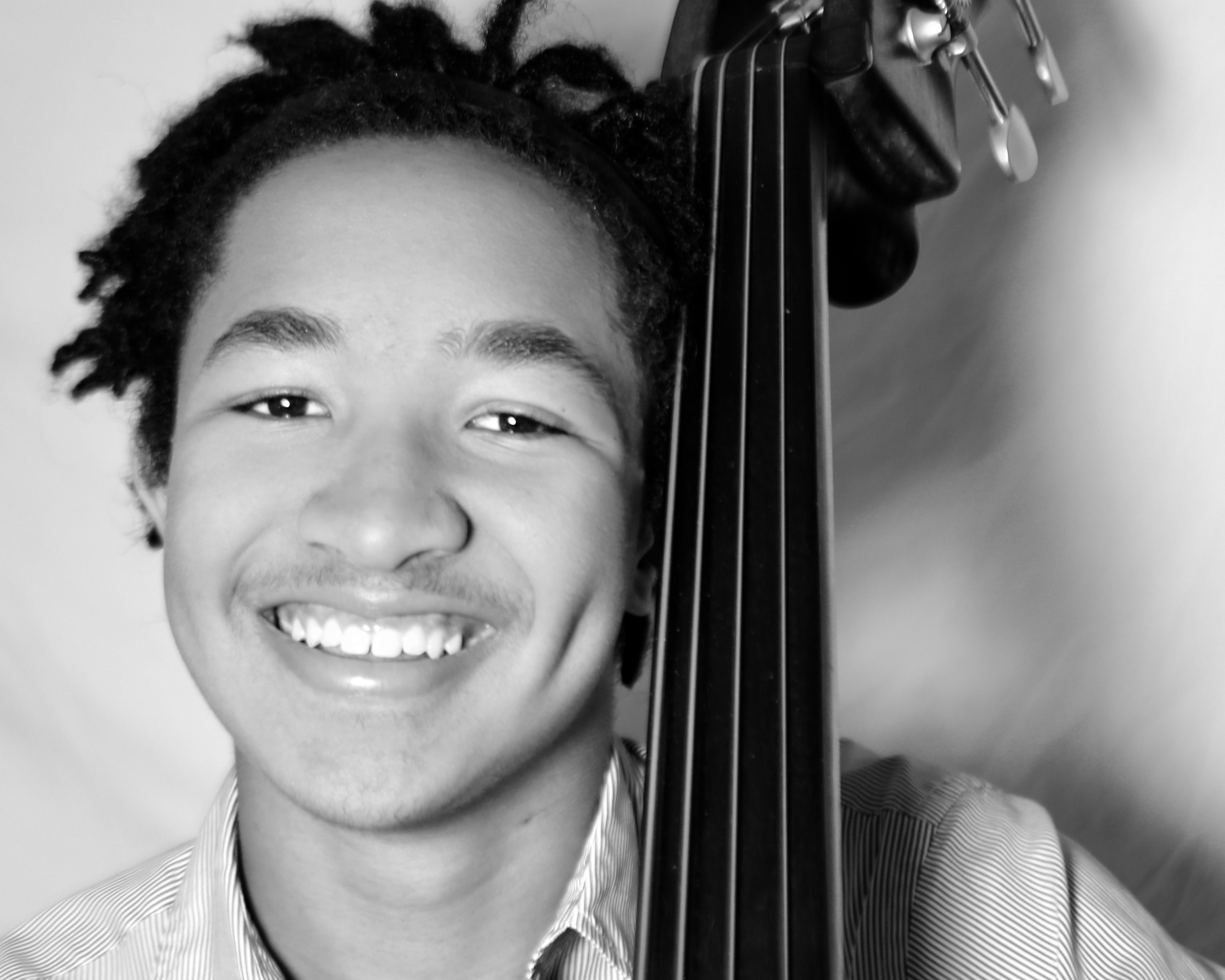 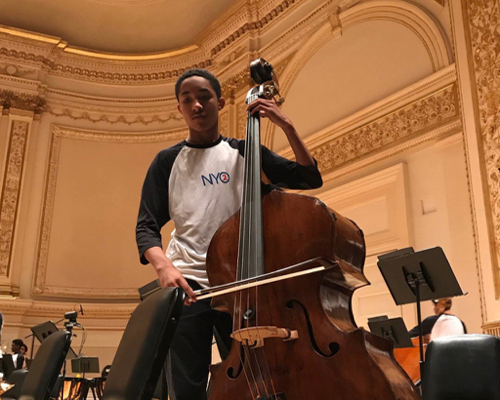 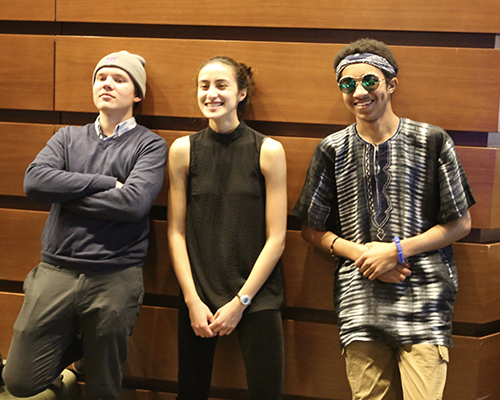 An original composition I came up with. Performed with my friends Maya Keren on piano and Julian Miltenberger on drums. We are members of the Magenta CMP group at the Kimmel Center for the Performing Arts. Our group is conducted by Anthony Tidd and we were invited to open for Greg Osby. 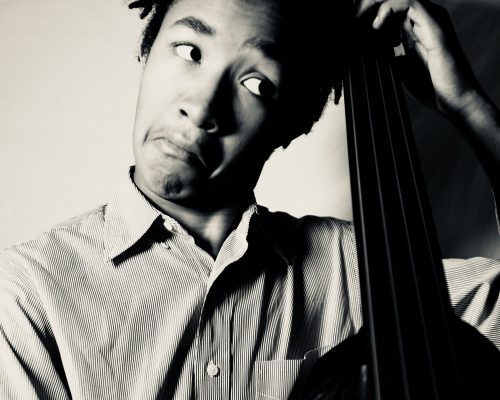 A song I composed in my Kimmel Center Jazz Band this semester.

A song I wrote for my Kimmel Center jazz band. 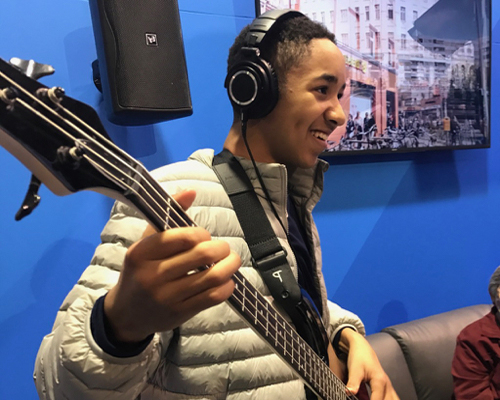 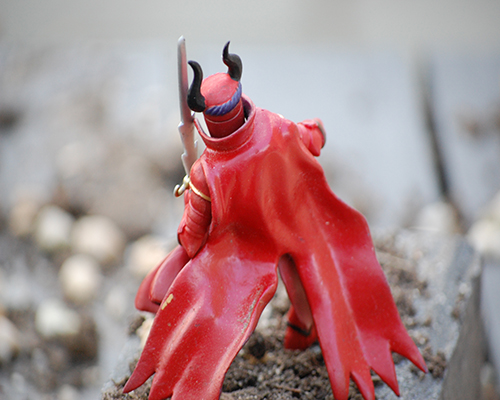 Dragonetti Concerto in G major performed when I was 13 in June 2015. For some reason in October of that year, it started to spread around the world. One of my mentors, Tom Barney, found me after watching it. 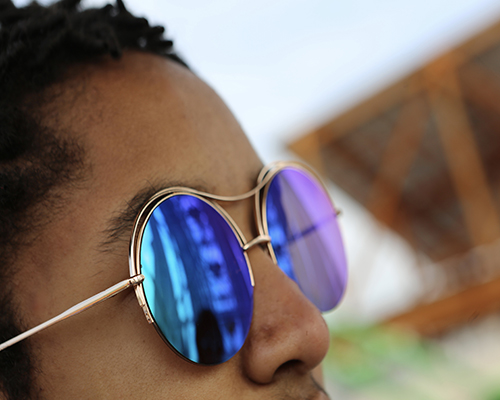 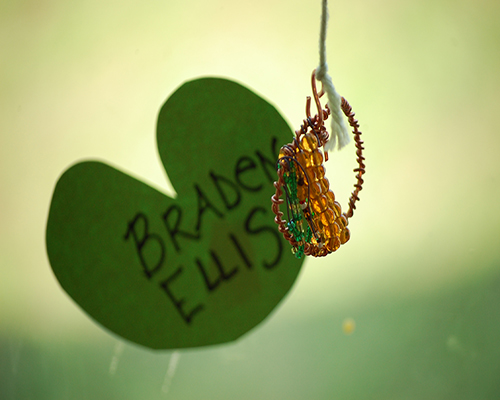 Performed this duet with my friend Yende at an event benefiting the Luzerne Music Center, which I attended for three summers. 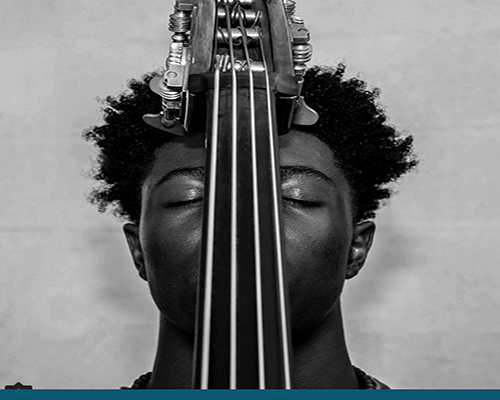 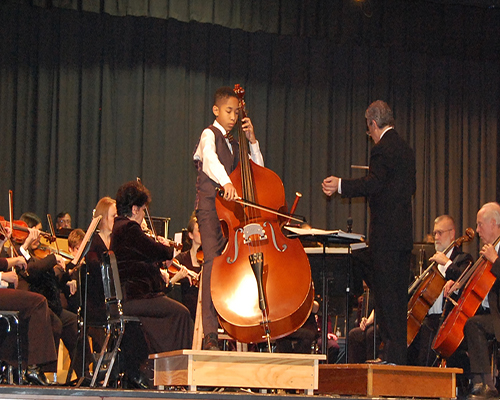 I won the 2014 Bucks County Symphony Orchestra Competition and played with BCSO orchestra.

I was honored to perform with the BCSO orchestra during their holiday concert in 2014. Age 13. 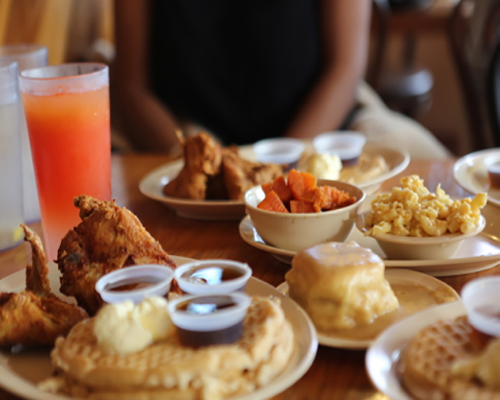 Got a chance to hang out with them during their recent tour.

I first met Black Violin when my brother performed with them at NAMM in California. In October 2017, their tour stopped in Philly. They recognized us and invited us to hang out backstage during their concert at the Annenberg Center at Penn. They were awesome. 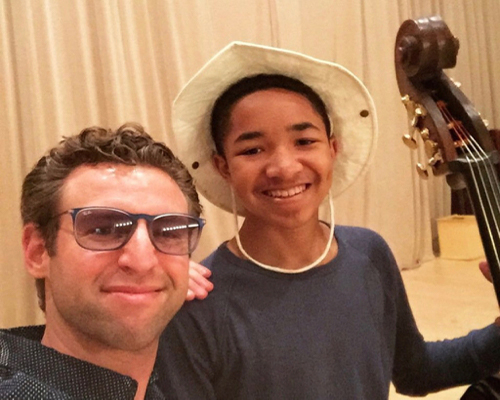 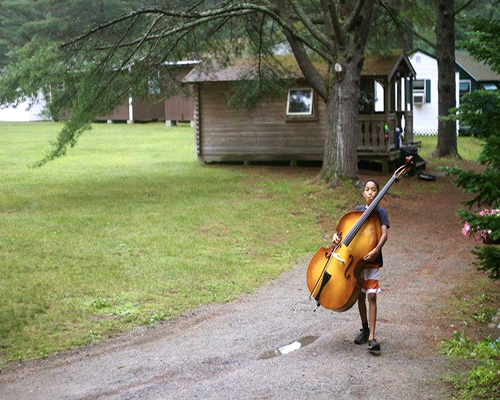 Performed this with a quintet at Luzerne Music Center in the New York Adirondack Mountains. 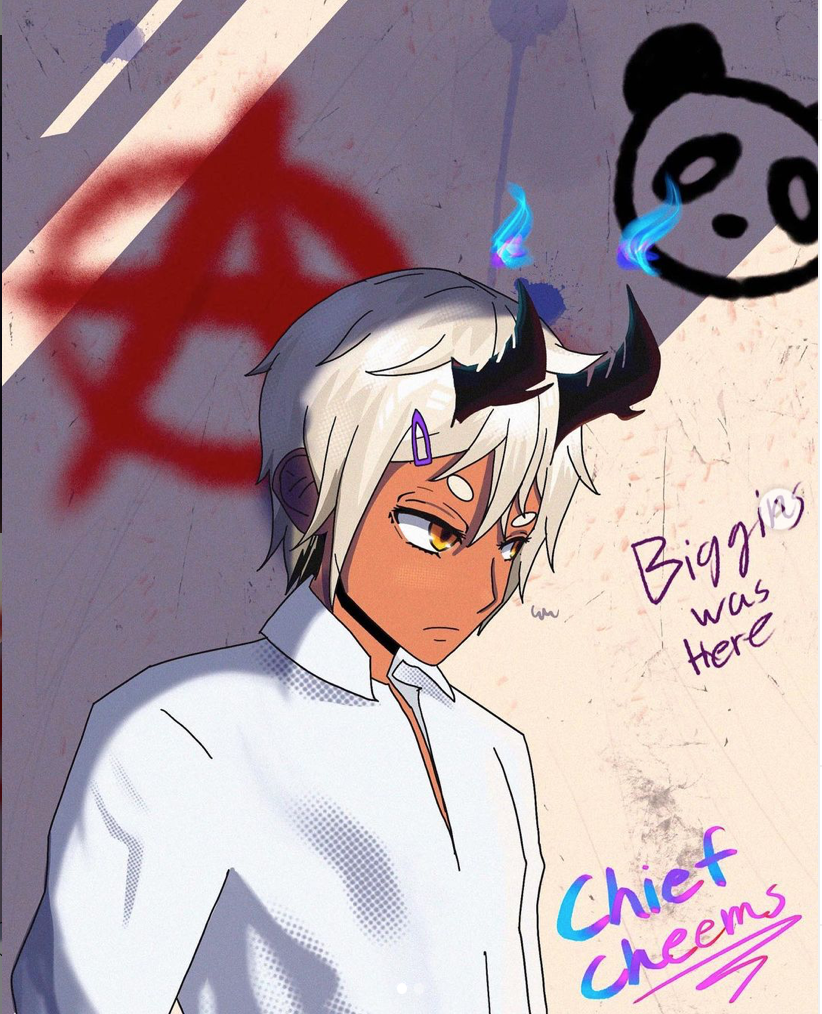 Find me @chiefcheems on IG. 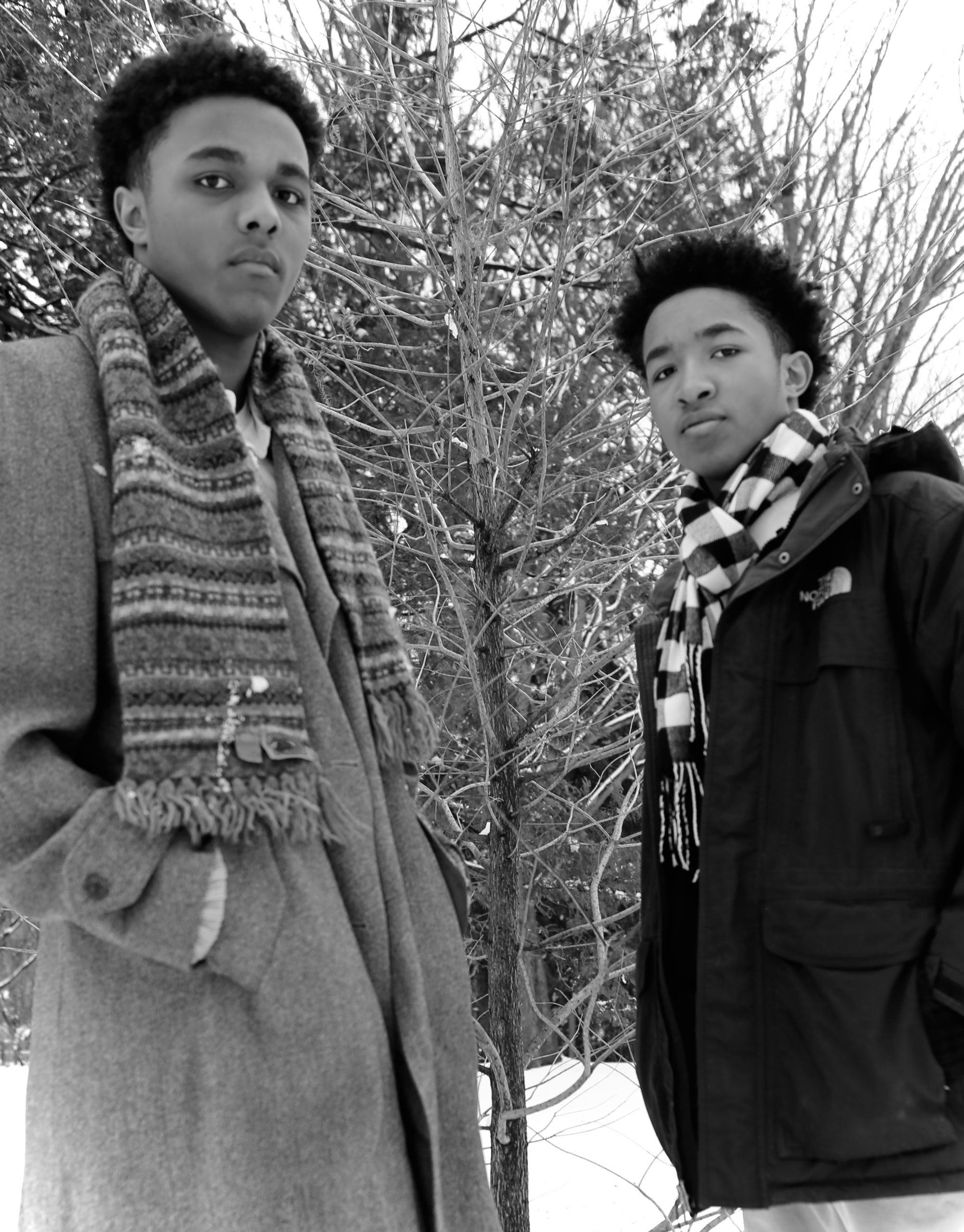 I love learning new things and have an interest in music technology.

Cool Facts About Me

Locate Us On Map